Take Me Out To The Ball Game – Duke Softball

Romeo Guest Associates crews worked diligently over the last fifteen months to take the once virgin site, located on East Campus next to Duke’s existing field hockey stadium, into what is now the new NCAA Softball Stadium Complex at Duke University. 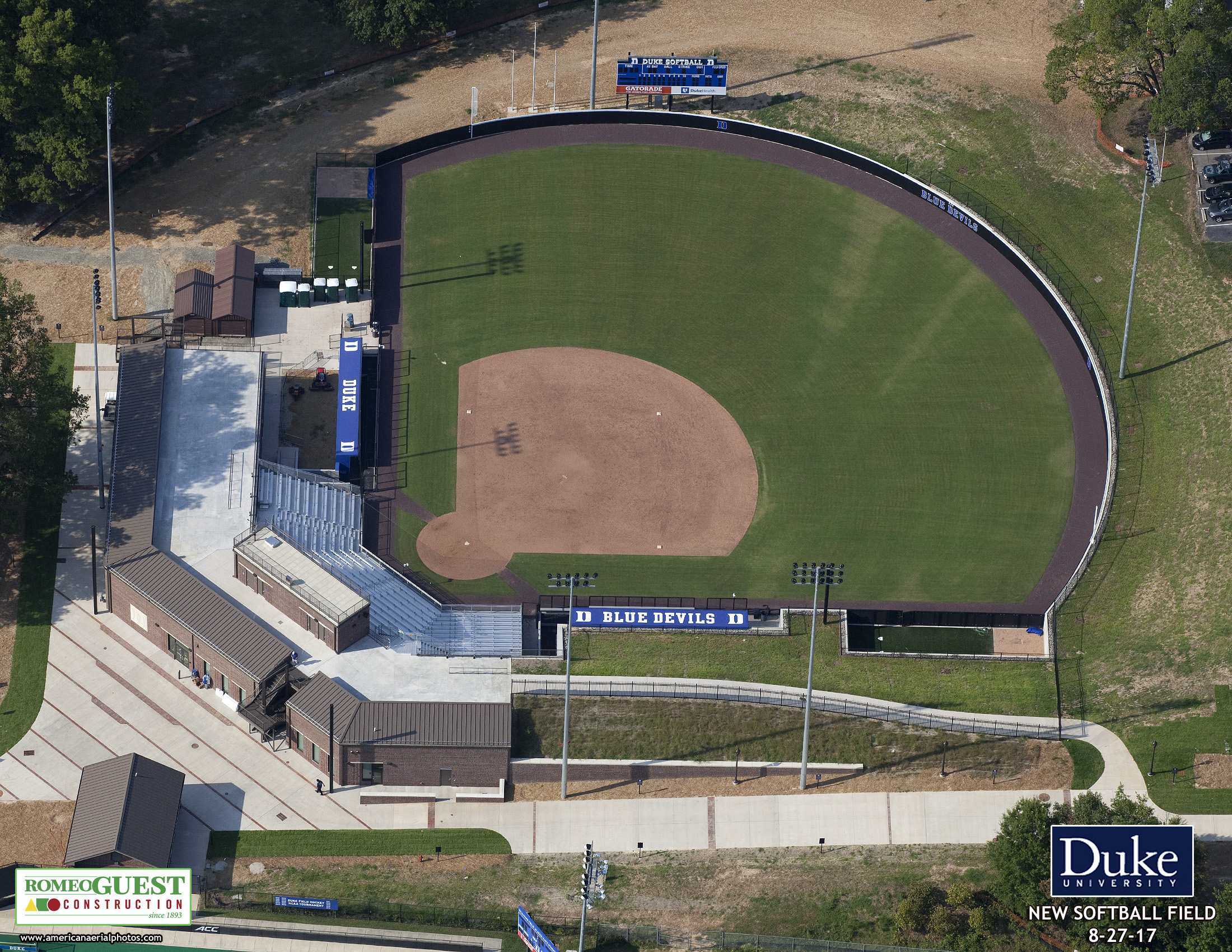 Designed by EwingCole architecture firm, the Blue Devil’s new stadium has everything from three indoor batting cages, to a team room with desks for the athletes to review game footage, to athletic training areas with the ability to be opened up to enjoy favorably weathered days, to under-seat storage bins in the dugout for players’ bags and gear. Some of the details were contributed by Duke softball coach Marissa Young.

RGA would like to thank Duke University for giving us the honor of being a part of a this amazing project and wish to extend best wishes to the Duke Softball Team as they kick off their inaugural season on September 30, 2017 against NC State University.

See you at the ball game!